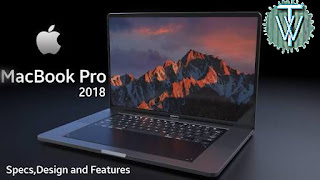 It is well described by people that the Apple Mac book pro 2018 actually came out faster than expected. The 1st trillion company has released a new brand of laptop which is popularly known as MAC Book but this is the 2018 version this time.

Reviews from users of the earlier generation of macbook series  has shown that  it has always  been  of amazing ideas and great hardware and software features but apple taglined the 2018 version as the best of them all, obviously that is expected as its the latest. But lets consider below some reasons why the Macbook is the best of them all.

Design
Mac book series has been known so far as having amazing designs, the slim body and light weight its amazing and not suprising to know that the 2018 version of the Mac book has no difference, just like other devices the Mac book is avaialbke in different screen sizes, the 13 inch and 15 inch variant. 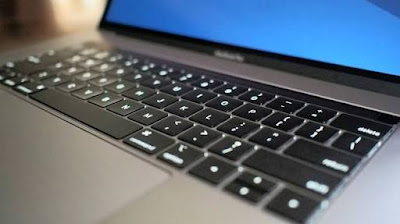 Another stunning design of the Macbook is the modified keyboard as Apple has said it is the 3rd generation keyboard that has been integrated into the Mac book pro 2018, the special feature  here is the silion memebrance on the keyboard  reduces the noise made by the keypads unlike the regualar keyboard we are all used to, apart from keeping the noise down this silicon memebrance also helps in reducing the inteferance of dust with the keypads

Above the Keypad is a touch sensitive toolbar which contains the shortcuts, featured buttons and other neccesary buttons in the app, it is of 2160*60 pixels. It has been an existing feature of the macbook series as it was first introduced 2 years back in the 2016 variant, there has been some bad and good reviews about it but either ways the pc fingerprint scanner by the side can cover up for that. The 2018 verson comes with 5 ports 4 Thunderbolts and 1 usb type C for very fast file  transfer, and one 3.5mm headphone jack port
DIsplay
There is no excitingly new feature of the mac book pro 2018 its quite the same feature as that of its predecessors but the significant difference is the true tone feature which automaticallyu adjusts the display of the screen depending on the enviroment and light changes.
Processor
The 15 inch Mac book pro 2018  comes with 2 modesl which are different it has a 2.2GHz six core intel core(i7) processor and a 16gb DDR4 RAM and the other one is 2.9GHz six core intel core (i9) with descret 4gb Video RAM memory with 32gb RAM per inbuilt memory. The core i7 variant has 256gb 512gb 1tb 2tb or  4tb while the core 17 has the options of 256gb 512gb 1TB and 2TB.
THe overall performance is fantastic as apple says says it will offer twice the speed of prevuious generations which were evidently fast.

The 13 inch and the 15 inch variant has battery juice of 58 Wr and 83Wr battery respectively apple says it could reach 10 hours but if yours eventually don’t be angry because you may have used it heavily.
Mac book pro 2018 Price and Availability

I thought it would be like one of those Laptops with HDMI input
Like seriously guys this device has blown me away and I’m looking up to getting mine. but before then…. tell us what feature impresses you the most in the Macbook  pro 2018? Share it with us in the comment section. you can also share this post to you friends as well.