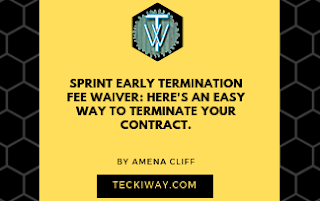 Have you ever heard about the Spring early termination waiver? While others ask of the Sprint Cancellation number. Don’t worry I got you covered
Well, If you are living in the United States or there about, maybe in the UK, and you sign up a contract with Sprint, but for some reasons decide to cut off the contract then you will be charged a fee.
A lot of persons decide to cut off contract with Sprint, because they feel it’s too slow, and one user once said he realized the importance of Quality (Speed) over Quantity (Unlimited)
For other persons it could be because they are living the area, to another country where Sprint’s services aren’t in coverage.

What is the Sprint Early Termination Waiver:

This is a policy set up by Sprint, that if you for some reason decide to cancel or terminate a long term contract (1-2 years) that you’ve made with them, you will have to pay a fee for cancellation.
The policy also goes further, that the earlier the cancellation, the more you pay.
For example: If you sign up a contract of 2 years with Sprint, and because of your own personal reasons, you decide to cut off the contract, at the first month, you will have to pay higher.
But if you decide to go cut off the contract at 6 months or a year, you will pay less than when you cut off at the first month.
What fee am I to pay for terminating my sprint Contract?
As the answer above shows, it depends, it totally depends on if you are early on your contract or not.
Sprint charges $350 Maximum and minimum $100 per device. 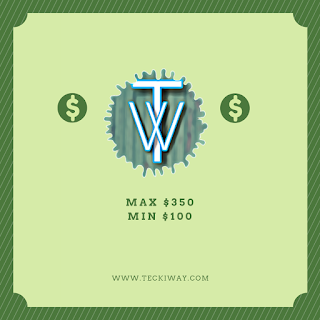 They get this by charging $20 per month on the number of months left on your contract
SO if you have 10 months left, that $200!
That’s why it’s important, that if you have to sign up these contracts, you have to do research and find out, all the hairs under the skin.

Can I get out of the Sprint Early Termination Feel waiver?

You may be thinking of  Returning your phone,
Well, it’s not easy to just slip out of Sprint;so hand for early termination.
This is because, when you buy phones, you aren’t promised any network speed, so returning your phone because of network speed, isn’t a good reason.
Another reason also is when networks advertise or you sign up contract with them, they don’t promise you any specific network speed, do they?
The just simply tell you theirs  is faster than the others, but they don’t really go specific on their speed, because
a lot of factors can affect wireless network bandwidth and speed. So it’s as good as not a promise.
Remember Sprint isn’t breaking the contract you need to do a lot of negotiations your self.
Sprint says;
“Generally speaking, if a customer terminates service before the end of their agreement they would be liable for an early termination fee, based on the time remaining on the agreement”
But there could still be a way out.
Another sprint Representative says that it’s best to forward a query to the customer care service:
This is because each customer’s case is different and they will look into each and every case.
Mean while, you can check your contract regularly, to see if there are new changes that may enabled you to cancel your contract without a termination fee.
Another option is to transfer your contract to someone who may want or need it.
Most carrier networks which includes sprint accepts this. Although there is a nomination feel, but it’s not as high
as when you simply just pay the full cancellation fee.
Read more: Valore Wireless Earpiece Review [Honest Review]

What is the Sprint Termination/Cancellation number: 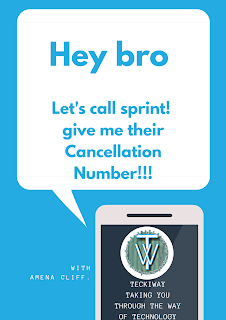 Check out: Cmcm Find my phone

Using the Sprint early termination, will cost you a fee which is more expensive if your termination is earlier on.
But less expensive the latter you terminate.
And yes now you know the Sprint early termination fee to be Max $350 and min $100 per device, which depends on the number of months left on your contract
Having all these information without the Sprint cancellation number is useless in a way, and I evidently provided that.
If you have any questions, experiences. please drop it in the comment section below.