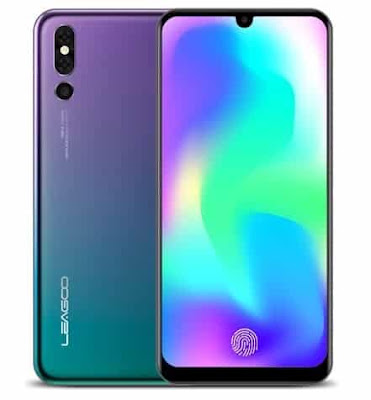 Leagoo has done nothing but impressed it’s Customers with impressive Specification on third devices after it’s launch especially on the S series. In this post we will be discussing about the latest  in the  series Called the Leagoo S10
The Leagoo S10 has a tripple rear camera making it the 3rd Device in the world to have that feature, we saw the same thing in the first two devices the Huwaei P20 pro and also VKworld that surprised us all with the Triple Rear Camera, like recent flagship phones, the S10 features an in display Finger print Scanner. Awesome!!! Well let’s find out more.

From the back of the device you will get the feeling it’s like to Huwaei P20 pro which has a gradient colour beneath it but the color at the top is different from the one below, and that’s what makes this Design pleasing to look at.
The Device spots a full screen display with a very small notch much more than what we saw in the Leagoo S9. The device has a selfie Camera at the top as well.

The 5.99-inch FHD+ OGS capacitive touchscreen boasts of 2246 x 1080 pixels in resolution and 434 pixels per inch density. The screen delivers clear visuals in no time and stretches up to 85% screen-to-body ratio as well

The Hello P60 from Mediatek is in charge which was built on a 12nm processing Technoly. As expected it’s an Octa core processor, 4x ARM Cortex-A73 cores and 4x ARM Cortex-A53 cores clocking at 2.0GHz. While the ARM Mali-G72MP3 GPU graphics card is AI-powered.
The Device has a 6gb Ram for Heavy users and the ROM is huge, a stunning 128gb Internal memory which is upgradable to 256gb using your SD card.

The Device runs on Android Oreo 8.1. 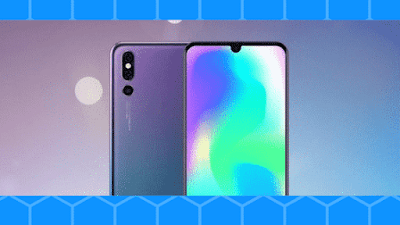 The Device’s camera at the back is superb, the 24mp+16mp+8mp shooters awesomely work together to give enhanced Camera experience which is Powered by AI. The 8mp camera is a Dept Sensor but also help pretty much in Portrait mode as well.  The 13mp selfie camera also does a great Job as well.